David Moyes insisted it is too early to dream of a place in Europe after West Ham extended their hot streak with a 2-1 victory that pushed West Bromwich Albion deeper into relegation trouble on Tuesday.

Moyes’ in-form side took the lead through Jarrod Bowen’s first-half goal at the London Stadium.

West Ham are unbeaten in six games in all competitions and have won their opening four matches of a calendar year for the first time since 1958.

They are up to seventh place in the Premier League and look capable of qualifying for the Europa League.

“We’re showing some growth in how we play and what we do. I’d like to dream a lot but we’re very humble and understand we’re West Ham,” Moyes said.

“We’re not going to start shouting things too soon because history has shown we haven’t always backed it up and I want to be the one to back it up.

“We’re going step by step and making good progress picking up points. I want us to be competing at the top end and to do that we have to keep winning.”

West Brom had given new boss Sam Allardyce the first victory of his reign in Saturday’s Black Country derby at Wolves.

But the former West Ham manager was unable to mastermind a second consecutive win and second bottom Albion remain five points from safety.

Craig Dawson’s fine form in West Ham’s defence has played a key role in their recent surge up the table.

Dawson nearly made an impact at the other end when the centre-back headed just wide from a corner.

Manuel Lanzini went close with a free-kick that curled just over and dominant West Ham took the lead in first-half stoppage time.

Said Benrahma’s cross reached Vladimir Coufal and when he redirected it into the six-yard box, Bowen improvised cleverly as he chested the fiercely-hit pass past Sam Johnstone for his fifth goal of the season.

Albion had come from behind against Wolves and they showed the same gritty character to equalise in the 51st minute.

Pereira had scored two penalties in the win at Wolves last weekend and the forward was allowed to advance unchecked by West Ham’s back-pedalling defenders before drilling a superb strike into the far corner from the edge of the area.

West Ham’s response nearly brought a goal when Lanzini’s close-range shot was headed off the line by Dara O’Shea.

Declan Rice’s 20-yard drive whistled just wide moments later and the Hammers midfielder was close again as his effort from an acute angle flashed across goal.

Their pressure was rewarded in the 66th minute when Aaron Cresswell’s cross was headed back into the six-yard box by Andriy Yarmolenko and Antonio swivelled to guide his shot past Johnstone.

Darnell Furlong had a late chance to equalise, but the Albion defender volleyed wide. 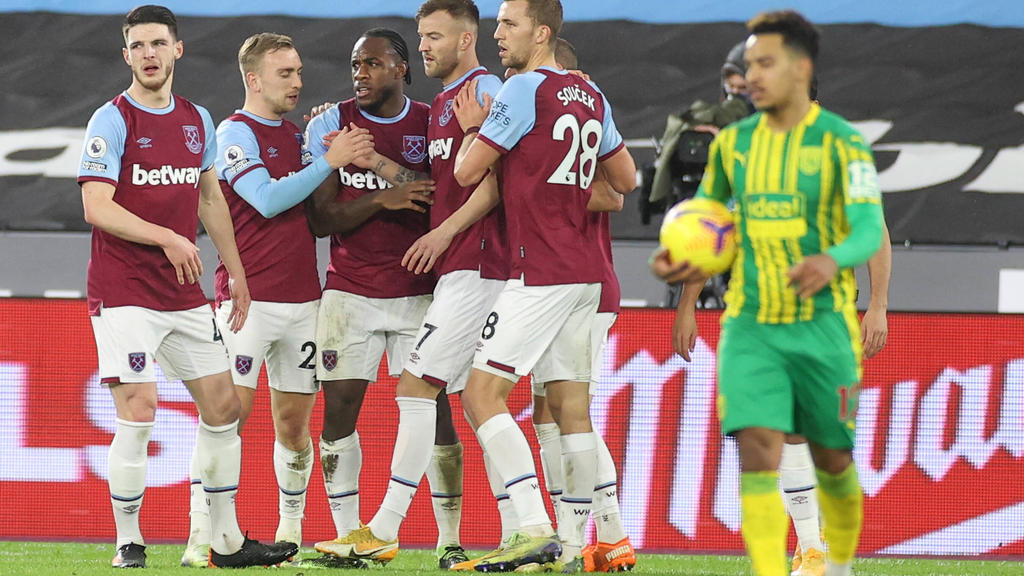